Wow. It’s been a whirlwind of events since I last wrote here. I hope everyone has been staying safe and sane during the past quarantine months.

These past few months, I have been spending a lot of my time in doing arts and crafts (bracelet making and painting), baking (cookies, cheesecakes, and bars), Spring cleaning, and binge watching Netflix movies, shows, and documentaries. And for some reason, I’ve been obsessed with true crime documentaries these days. Then again, Netflix have been releasing so many crime shows as well.

Anyways, here are my top 10 picks if you’re interested in watching True Crime Shows. This is in no specific order (all of them are equally thrilling in my eyes).

1. Conversations with a Killer: The Ted Bundy Tapes 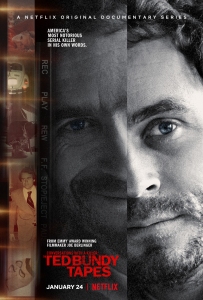 Of course, this has to be included in my list (if you haven’t watched it yet). Seems like the moment this came out on Netflix, everyone was immediately glued. This could possibly be due to the movie that came out soon after- Extremely Wicked, Shockingly Evil and Vile. But yes, the documentary is so chilling since you could hear Mr. Bundy’s actual taped interviews. And the way the documentary was filmed really gives you a better view of what happened during those times. If you’re a big fan of crime films and documentaries, definitely put this on your list.

This series was pretty intense. You can really see how the person behind everything was so manipulating. Lots of scenes were more of puzzles that you can draw your own conclusions to and like a backstory of how everything came to be. Even at the beginning, you would already be like “whuuuuuut”. It’s one of those crimes that you could not believe actually happens in real life.

This series is a roller coaster ride of emotions. It’s a series of different murderers being interviewed and them basically talking about their crime. They currently have 2 seasons available on Netflix. I mean I guess people like to see murderers talk about how they’ve repented and are trying to better themselves. Although, I must say, there are killers in some episodes who will make your blood boil. It’s a pretty interesting series overall and it’s a different view from most documentaries. 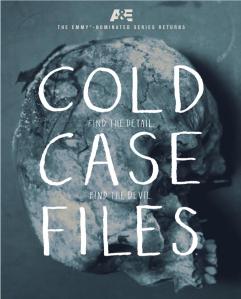 I really enjoyed watching this documentary series. It’s about cold case files that were solved (yay) after so many years. Each episode is pretty short and pretty much straight to the point. Honestly, it’s like a relief to see how each episode ends since you just know that they would be able to solve the cases. And also, it mostly focuses on how these cold cases have affected the families left behind by the victims since they never had closure. So yes, it’s very satisfying to watch this series.

5. The Trials of Gabriel Fernandez 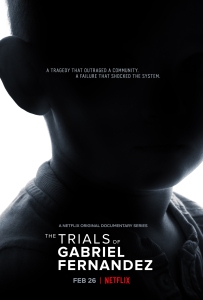 This. You’ve probably heard (and watched) this already. Honestly, I have debated watching this documentary when it came out since most of the people who watched told me it was really disgusting. I mean hearing all about what Gabriel went through in the hands of the people he should trust the most is just vomit inducing. But I finally did watch it and it got me so upset. This series will make you cry but also, it will give you a lot of information on what needs to change in the world we live in today.

6. Inside the Criminal Mind 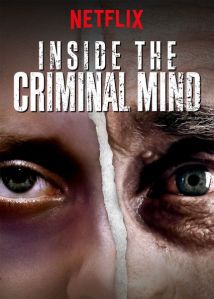 This series is pretty short and also very interesting to watch. It’s divided into 4 categories (episodes) of serial killers, kidnappers, cult leaders, and crime lords. You’ll be able to see criminal profilers and neurological experts analyze these people as to what drives them to become killers and criminals. Each episode gives a little background on the crimes and then go into the science and see what predisposed them to do it. If you like crime and science, go watch this.

This one is seriously disturbing and anger inducing. The entire series is basically Pandora’s box. I honestly thought it was just a murder from the start but it was actually a big cover-up for something entirely sinister. It’s one of those series that is just so awful and disturbing that you just cannot stop watching. Also, the whole documentary is narrated by the people who were present or involved during those times so it really gives you a different feeling. It really feels as if you were there while you’re listening. The most awful thing, this murder has still not been solved to this day. So yeah, it’s an interesting watch. 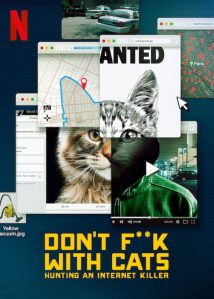 I remember the first time I saw the trailer on Netflix, I was like “what in the world”. Cats? Yes cats. The series is about this person who kills kittens (and one person) and posts the videos online. Of course, so many people were outraged when they saw this and a few actually started hunting for the murderer online. It’s pretty wild how two regular people were able to honest-to-goodness catch him. Like that’s some hardcore stalking. Anyway, it’s very interesting to see how they were able to piece all the information. This is definitely a must-watch. 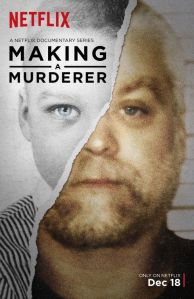 The first time I heard about this guy was 4 years ago. I was on vacation with my then fiance and I saw it on TV. The way they were telling the case was so graphic and I was so disgusted. So when I saw it on Netflix, I wanted to know more about the story since it seems like there was more to it. It’s a pretty interesting take on both parties. There are some episodes where it really seemed like he was being framed. It’s a series that could really boggle your mind and makes you think twice about the whole crime. Definitely watch this.

In this series, Piers Morgan interviews women who have been convicted of murder. Most of the women in this docu-series (which is a different case every episode) are still denying committing the crime. And honestly they all sound suspicious (and guilty) no matter how much they deny it. But it’s really interesting hearing their take on things or how they try to convince everyone of their innocence. Also really entertaining. So yeah, try to watch a few and let me know what you think!

So those are my 10 picks. There are a few others that I have watched but felt like it was lacking so they didn’t make the list. However, there are also a few that I haven’t watched but definitely will get to it.

Here’s a few others that I still need to watch:

And there you have it! For those of you who are interested in True Crime Cases, definitely check this out.

Hey loves! It's Mina, a wife to Sherman and mama to Aria. This blog is intended for dreamers and wishful thinkers (like me!) where I share my thoughts and adventures of being a mom, wife, and basically a girl who creates her own fate. Welcome to Vividly Mina! View all posts by Romina Yeung 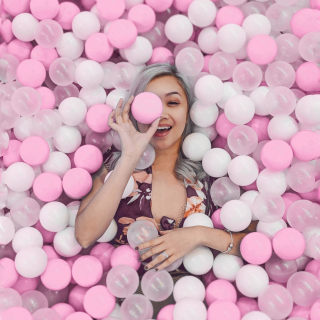 Hey loves! It's Mina, a wife to Sherman and mama to Aria. This blog is intended for dreamers and wishful thinkers (like me!) where I share my thoughts and adventures of being a mom, wife, and basically a girl who creates her own fate. Welcome to Vividly Mina!